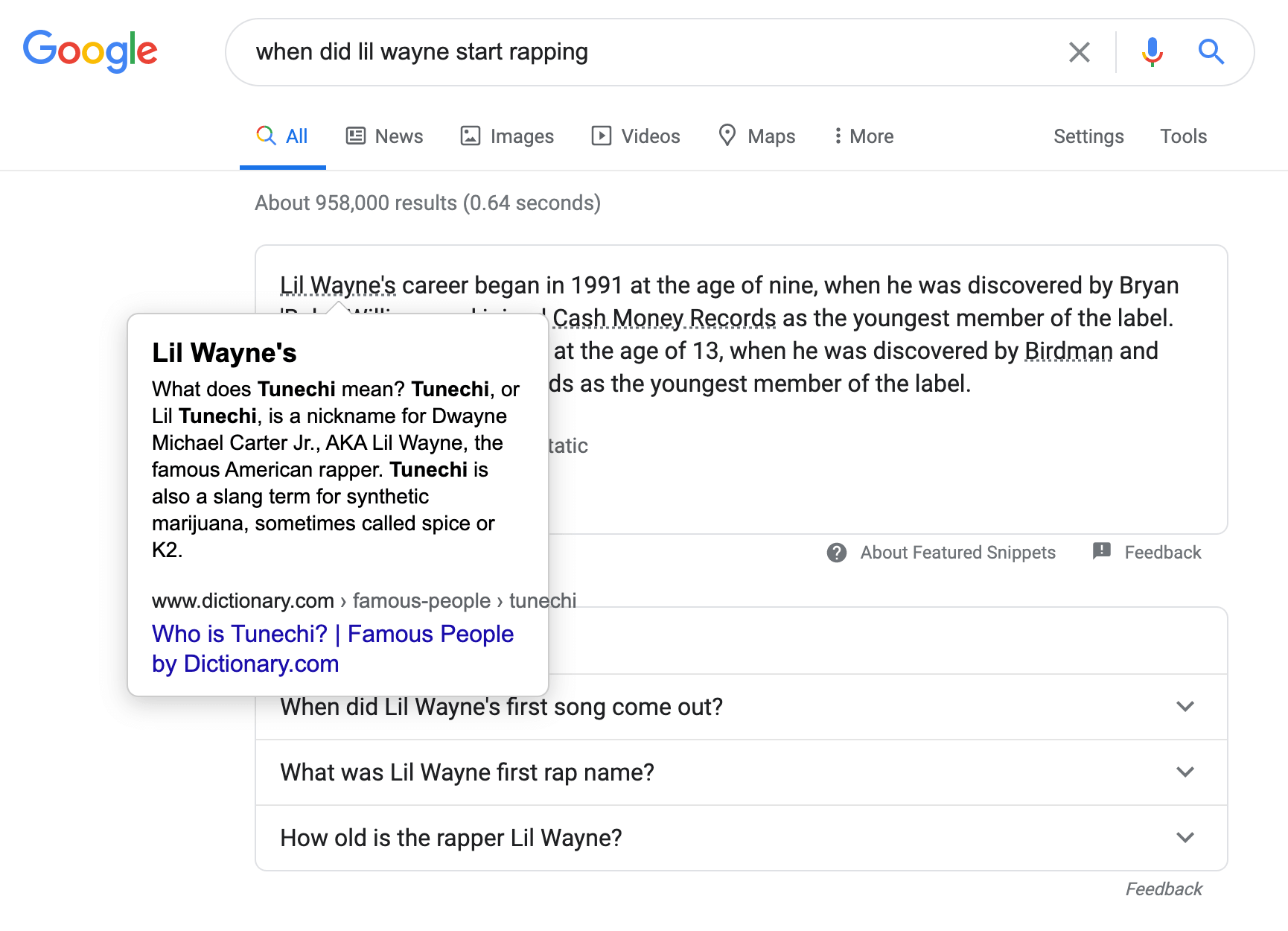 What it looks like. Brodie Clark spotted this in action earlier this week and posted about it on Twitter[3]. I was able to replicate it and here is a high resolution screen shot of this in action:

Here is a video from Brodie Clark of it in action:

Google confirmed this as a test. A Google spokesperson confirmed with Search Engine Land that this is indeed something the company is testing. Google told us this is still a small experiment and the example we showed the company was not triggering the result in an ideal fashion. Google promises to continue to experiment and refine this feature.

Google’s goal is to help searchers understand jargon or technical terms they might not fully understand, by giving them this additional context without having to leave the page. But again, they can leave the page, by clicking on it, if they want to.

As you can see, Google is clearly giving searchers a quick snapshot of the information in this overlay so the searcher does not have to leave the search result page. But the issue still is, these links and overlays are not coming from the source of that snippet of content and Google is adapting and augmenting that content with the goal of benefiting the searcher but potentially hurting the publisher.

The problem. When featured snippets first launched, Google was called out as being a scraper site[6] for stealing content from hard working publishers. Google did adapt the results over time but initially said publishers will deal with it[7]. But truth is, most SEOs I know would prefer to have the featured snippet over a normal snippet, as they tend to drive more traffic that the normal snippets below it. But this depends and you need to test it.

Now, in this case, you win the featured snippet and you are super excited. But now, Google is overlaying additional links, to sites that the publisher of this featured snippet did not link to in the source, but rather to other parties. Who knows, maybe Google even links to a competitor of yours. You wrote this content, Google is adding links on this content to other sites that are not yours. This can, and likely will, result in less clicks to your site.

Yes, this is useful to the searcher but this is your content, not Google’s. Does Google have a right to add additional links on your content that does not go to your site?

Google will keep testing. As I said above, Google said it is a small experiment. This may never really fully launch and if it does launch, it might launch in a different form. So hopefully, if it does launch, Google will do it in a way that not just helps searchers, but also helps the source of the featured snippet – the publisher.

Web stories in desktop search results. The other part here is that this snippet is not from any specific publisher. This is automatically created using Google’s AI system to build web stories. So Google took content from around the web, put together this web story and the company is using its own web story as a featured snippet. Will Google eventually just do away with content on the web and build and link to its own content? That strategy cannot work in the long run, so why tease it?

The web story leads to a mobile user interface – and Google has confirmed with us isn’t a great experience on desktop and the company look into what the most appropriate improvements might be for this feature. If you want to see where this featured snippet goes, it goes to https://www.google.com/search/static/gs/m016kjs.html[8].

Why we care. In this form, Google is doing two things that can hurt publishers.

First, Google is taking publisher’s featured snippets and adding links to sites that are not yours – links you did not add.

Second, Google is using their own AI to build these web stories and sourcing them as some featured snippets. Google’s AI builds this content based on numerous sources of content on the web, possibly partially from your own site. Are you getting credit?

The final aspect is that the web stories experience is really mobile centric and it feels awkward on desktop.

Barry Schwartz a Contributing Editor to Search Engine Land and a member of the programming team for SMX events. He owns RustyBrick[9], a NY based web consulting firm. He also runs Search Engine Roundtable[10], a popular search blog on very advanced SEM topics. Barry’s personal blog is named Cartoon Barry[11] and he can be followed on Twitter here. 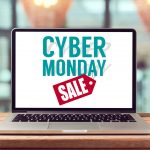 Take a peek into PPC routines during Cyber Five week 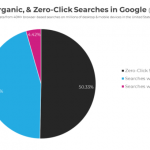