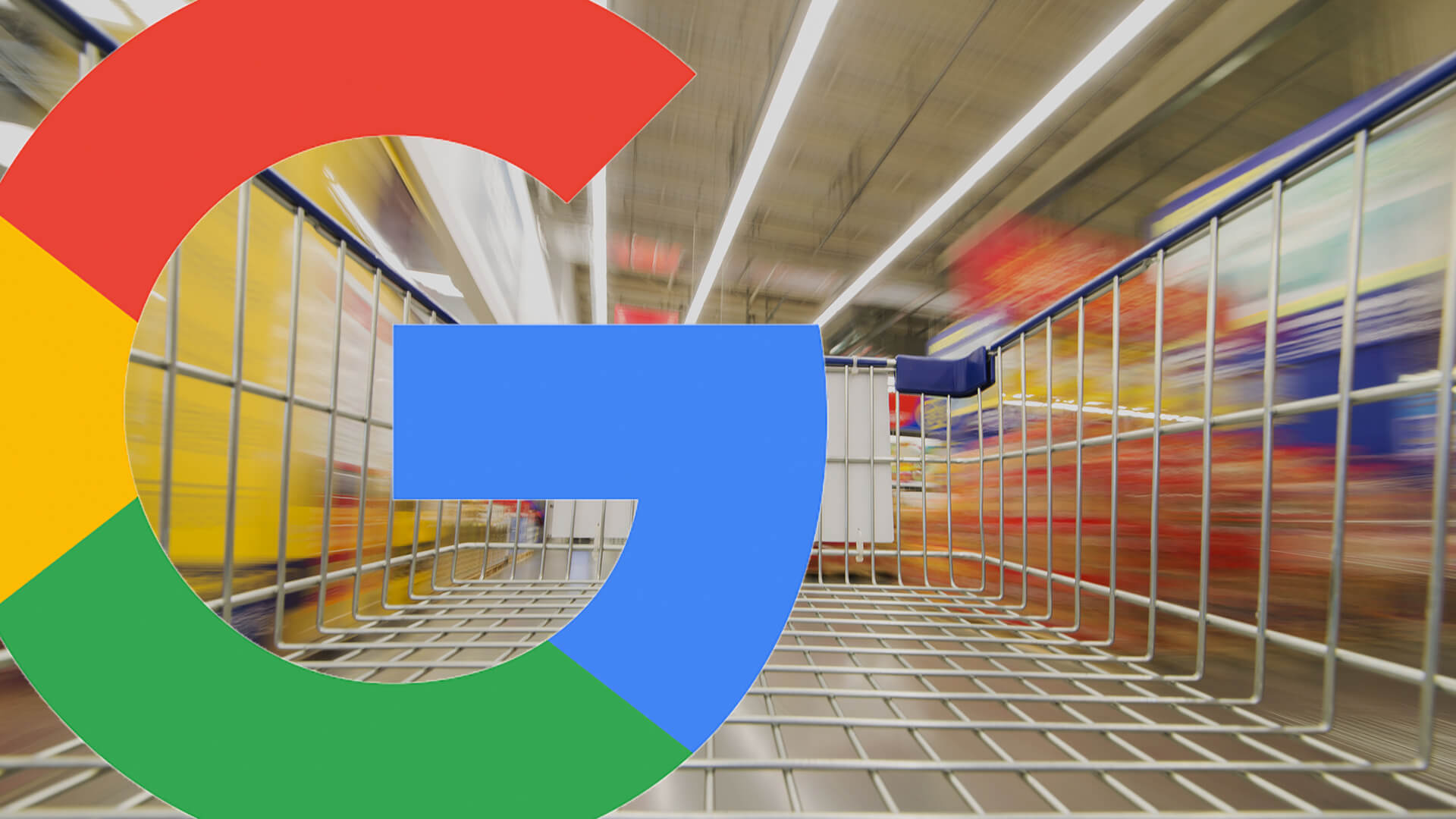 Google product reviews algorithm update was big but not like a core update, say data providers On April 8, 2021 Google released a targeted search algorithm update named the product reviews update[1]. That update, according to Google, should be finished rolling out by this week, since it was a two-week rollout period. The thing is, it looks like the bulk of this updated rolled out within the first few days of it being announced. There are some sites showing changes over the past few days or so.

We asked several data companies that track Google’s search results to send us their impressions of this update and they mostly all agree, this was a big update but not as big as a core update. Obviously, if your site is in the product reviews area and you were hit by the update, then this was certainly a very big update for you. But when you look at all the data across all of Google Search results, this is not as large of an update when compared to core updates — like the last core update in December 2020[2].

The facts. As we know, Google began rolling out this update on April 8, 2021, and it should completely roll out by April 22, 2021. Google said this update aims to promote review content that is above and beyond much of the templated information you see on the web. Google said it will promote these types of product reviews in its search results rankings. So the scope of this update was targeting content on sites that do product reviews. This may also impact a site’s overall performance with Discover traffic. You can learn more about this update over here[3].

We asked several data companies that track Google’s search results to send us their impressions of this update and they mostly all agree, this was a big update but not as big as a core update.

RankRanger. “Although the update was significant, it was still milder than the December 2020 Core Update,” said Shay Harel, CEO of RankRanger. He sent us a few charts comparing the last core update to this update. If you think about it, since this product reviews update targeted a limited set of types of content, it really feels pretty big since core updates have a much wider content range.

Here is how the product reviews update in April compared to the December 2020 core update:

Even if you compare it by search result ranking position, it still tells the same story:

Finally, if you compare the different verticals, “the data is in line with expectations, with fluctuations in the retail niche far outstripping the other niches in the top three and top five results,” RankRanger told us. “This can be accounted for because there are likely far more product reviews for retail products than for health or technology,” Harel added.

Semrush. The folks at Semrush sent me their recent data on this update, showing that while this was a big update, it was not as large as a core update. The company said that the “largest volatility was reported by Semrush Sensor on Apr 09, 2021 for US database.” The categories which were affected the most are finance, law and government, jobs and education, autos and vehicles, and health for desktop results.

According to the Semrush sample, 30% more URLs changed positions overall on the dates of update compared to pre-update days. Here is the sensor chart from Semrush:

Here is the volatility by industry or sector so you can compare both mobile to desktop and across categories:

Semrush said that the percentage of URLs for which the position didn’t change decreased by 22% on the update roll-out dates. Thirty percent more URLs changed positions overall on the dates of the update compared to pre-update days and 33% more URLs than usual moved down, while 24% more URLs moved up.

SISTRIX. Steve Pain from SISTRIX told us the company did not see “an exceptional level of Visibility Index movement this week.” He said the real search engine results page movements “are well below anything that would be considered a major update.” Pain added that in “weekly risers and fallers, there’s no clear indication that ‘review sites’ are a major proportion.”

However, there are some individual cases that might be worth considering, the company pointed out. One example is experiencedmommy.com which has lost significant visibility. Here is the chart from SISTRIX:

Searchmetrics. Marcus Tober from Searchmetrics shared an analysis from their dataset, in which he was not able to find a specific pattern that review pages, in particular, were hit by this update. So what he did was share some sites in the product review space with us and shared their gains and losses. Here are some of those charts:

SEOClarity. SEOClarity’s Mitul Gandhi also prepared some data for us and, like with Searchmetrics, the data was not too conclusive because of the niche nature of this specific update. Mitul told us this is a “harder update to eke out insights from than most other updates,” because it was focused on product reviews. They looked at a 100,0000-keyword data set, specifically for product-related keywords and compared the Google Search desktop ranking from April 1st data, which was a week before rollout, with April 16th, a week after rollout.

Some of the data overlapped a bit with the other providers. The domains that gained the most, according to SEOClarity, were TechRadar.com, CNET.com, TheVerge.com, PCMag.com, and GSMArena.com. Also TomsGuide.com and AnandTech.com also gained, but to a “smaller extent” the company said.

The losses, on the other hand, were “more spread out,” and hit some retailers like eBay, Walmart and Bestbuy. “The only notable standout “publisher” was YouTube losing top-10 rankings and traffic for product-related keywords in our dataset,” the company said.

The SEO community. There was a significant amount of chatter about this update within the SEO industry the following few days after this update was announced, especially on April 9, 2021. There were individuals saying they saw as little as 25% drops in traffic and as much as 60% drops. I posted some of those stories on Search Engine Roundtable[4] but here are some tweets I like to pull out here.

What to do if you are hit. Google has given advice on what to consider if you are negatively impacted by this product reviews update. We posted that advice in our original story over here[10].

Why we care. If your website offers product review content, you will want to check your rankings to see if you were impacted. Did your Google organic traffic improve, decline or stay the same?

If you saw ranking declines that impacted your traffic, you may want to rethink your content strategy and take the necessary actions.

Long term, you are going to want to ensure that, going forward, you put a lot more detail and effort into your product review content so that it is unique and stands out from the competition.

Postscript. Just to be clear, like I said above, Google said this rollout would take two weeks to fully be completed. It is not two weeks yet and Danny Sullivan from Google confirmed the roll out is not yet complete.

Barry Schwartz a Contributing Editor to Search Engine Land and a member of the programming team for SMX events. He owns RustyBrick[11], a NY based web consulting firm. He also runs Search Engine Roundtable[12], a popular search blog on very advanced SEM topics. Barry’s personal blog is named Cartoon Barry[13] and he can be followed on Twitter here. 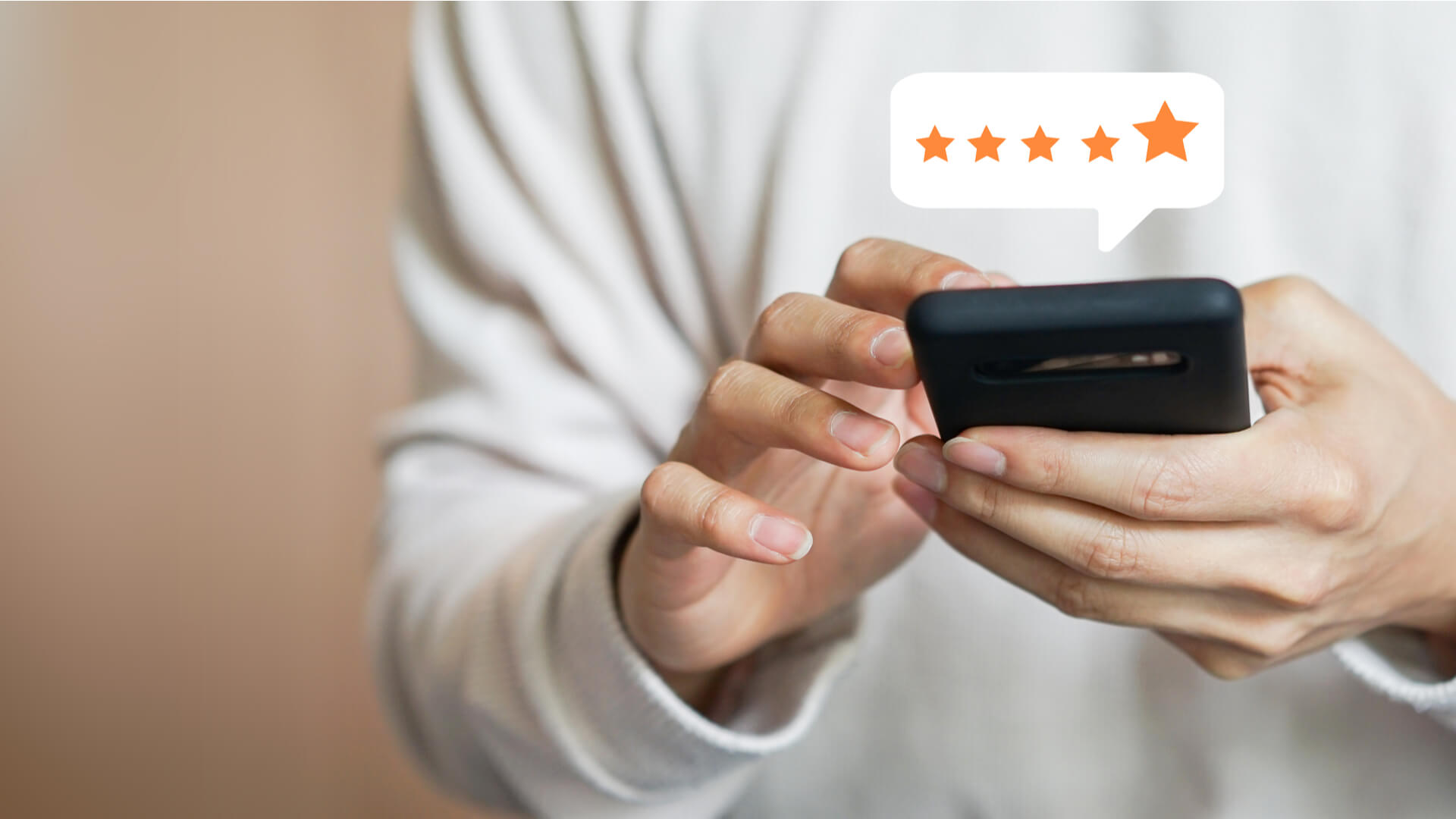 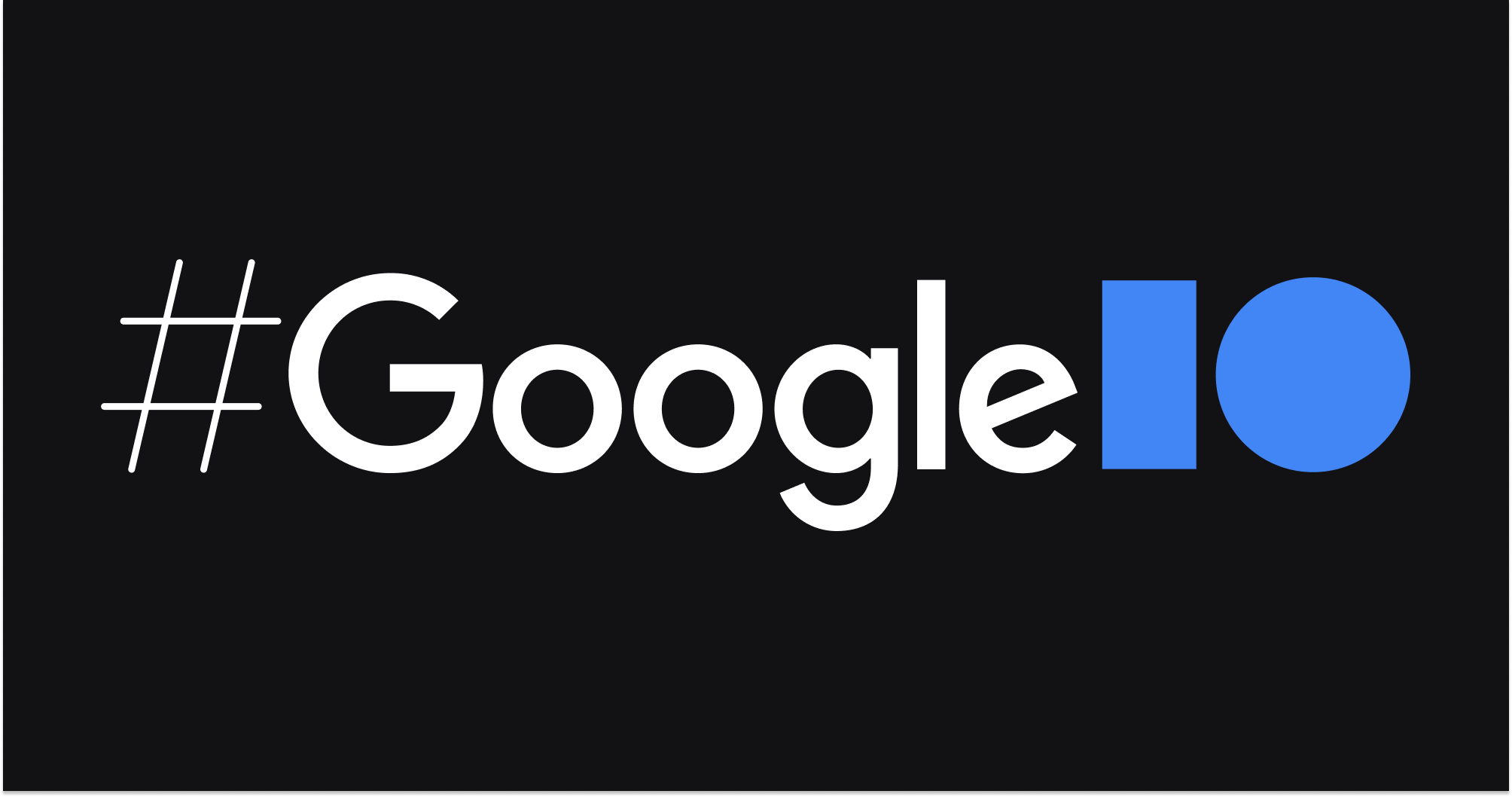 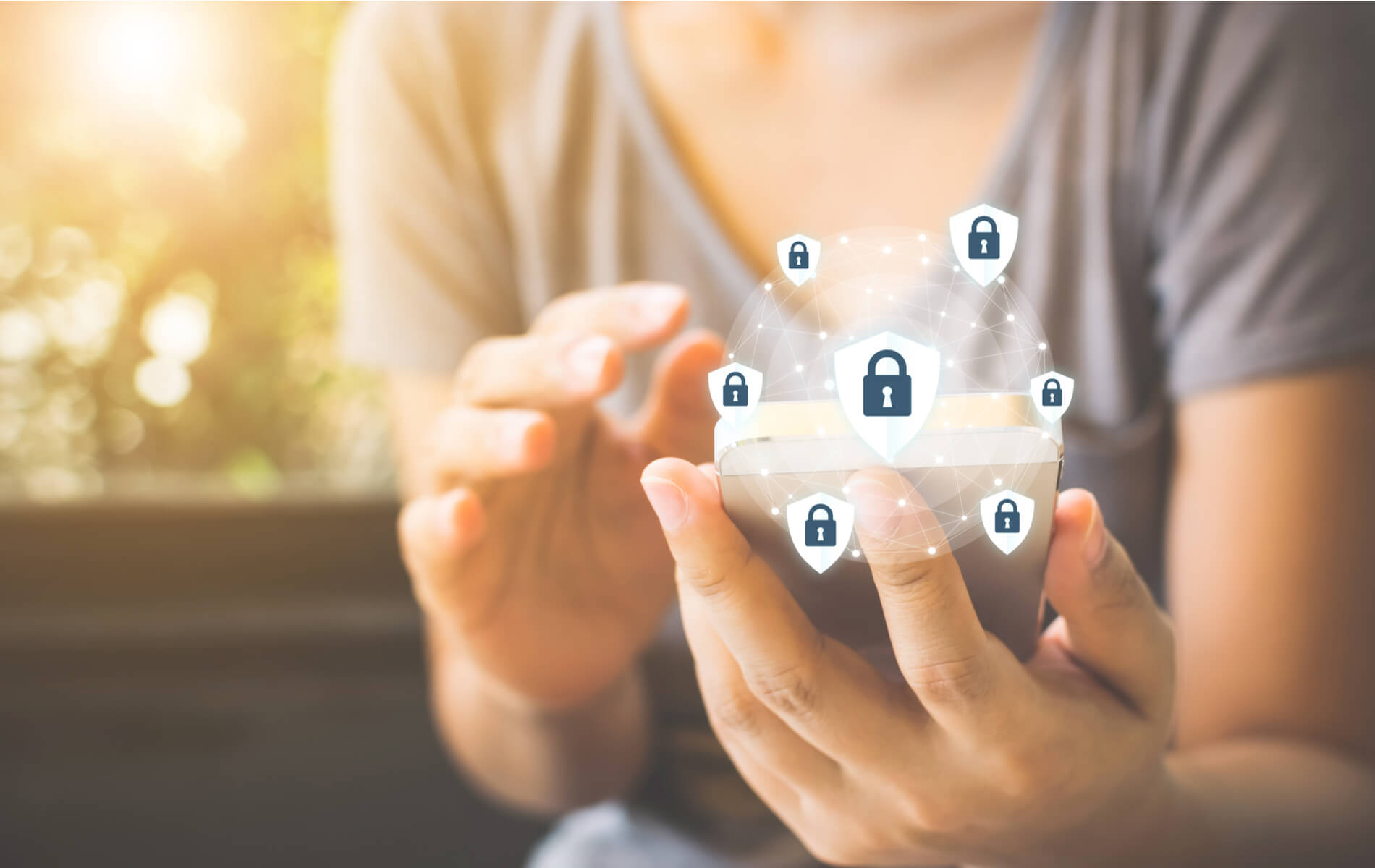