Google drops the auction from its search choice screen Google is changing its Android search choice screen to make participation free for eligible search engines, the company announced[1] Tuesday. Previously, search engines that wanted to appear on the screen would participate in a quarterly auction, bidding the amount they were willing to pay per user, with the three highest bidders winning spots on the screen (along with Google).

The screen began rolling out to new Android devices in the EU on March 1, 2020. During the device setup process, users are prompted to designate a default search engine from the four choices available on the screen (shown above).

Other competitors said the system inherently favored certain business models over others: “Our core mission is to fight climate change by planting more trees in areas affected by deforestation,” said Sophie Dembinski, head of public policy at Ecosia[8], “Being pulled into an expensive and counterproductive bidding war such as the Android auction takes away from that mission.”

DuckDuckGo CEO Gabriel Weinberg noted that winning a spot on the screen also came with a critical downside: “If you ‘win,’ you’re not really a winner, because you’re giving all of your profits directly to Google,” he said, “Which just seems like it undermines the entire point of a thing that’s supposed to increase competition in the search market.”

Additionally, the screen itself only presented four options, creating an artificial scarcity that would drive up bid prices for auction participants. And, once a default search engine was selected, users could not return to the screen to change their preference unless they performed a factory reset. Essentially, users were stuck with the selection they made unless they manually re-assigned their default search engine, a process that takes 15+ presses according[9] to DuckDuckGo.

How the search choice screen will change. “Following further feedback from the [European] Commission, we are now making some final changes to the Choice Screen including making participation free for eligible search providers,” Google said in its blog post, “We will also be increasing the number of search providers shown on the screen.”

While Google did not say how many search engines would appear on the updated version of the screen, which will roll out this September, “five search providers will be immediately visible” on almost all devices, the Commission confirmed[10] to TechCrunch.

The search engines that will appear on the screen will be selected based on market share in the user’s country and will show up in random order, so Google won’t always be at the top. Users can also scroll down to view up to seven more search engine options, according to the Commission.

Why we care. While this change does not address all the screen’s shortcomings (such as it only being available on devices released from March 2020 onward), it does make a much larger stride towards offering users more choice, which was the outcome the European Commission was going for when it ruled against Google back in 2018.

Beginning in September, search engines that want to appear on the screen have a much greater chance of doing so, and they won’t have to pay Google back with the money they’re earning from any new users. Although it’s unlikely that this change will substantially decrease Google’s market share (Google’s ecosystem of apps and services remains unchallenged by rival search engines), it means that competitors are now playing on a more level field, at least in terms of default search engine choices on Android. If those competitors can differentiate themselves and court more users, they’ll also be able to attract more ad spend and generate more revenue. 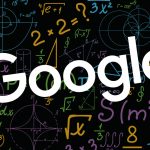 Google’s June 2021 core update was slow to roll out; here is what the data providers saw

How big and fast was this Google June 2021 core update?; Wednesday’s daily brief