Is it too early to get ready for the winter holidays? Starbucks says no!

We are all so excited for the holiday season. Not only does it mark the end of the year 2020, but it also means all those holiday traditions we have a love/hate relationship with will start again. 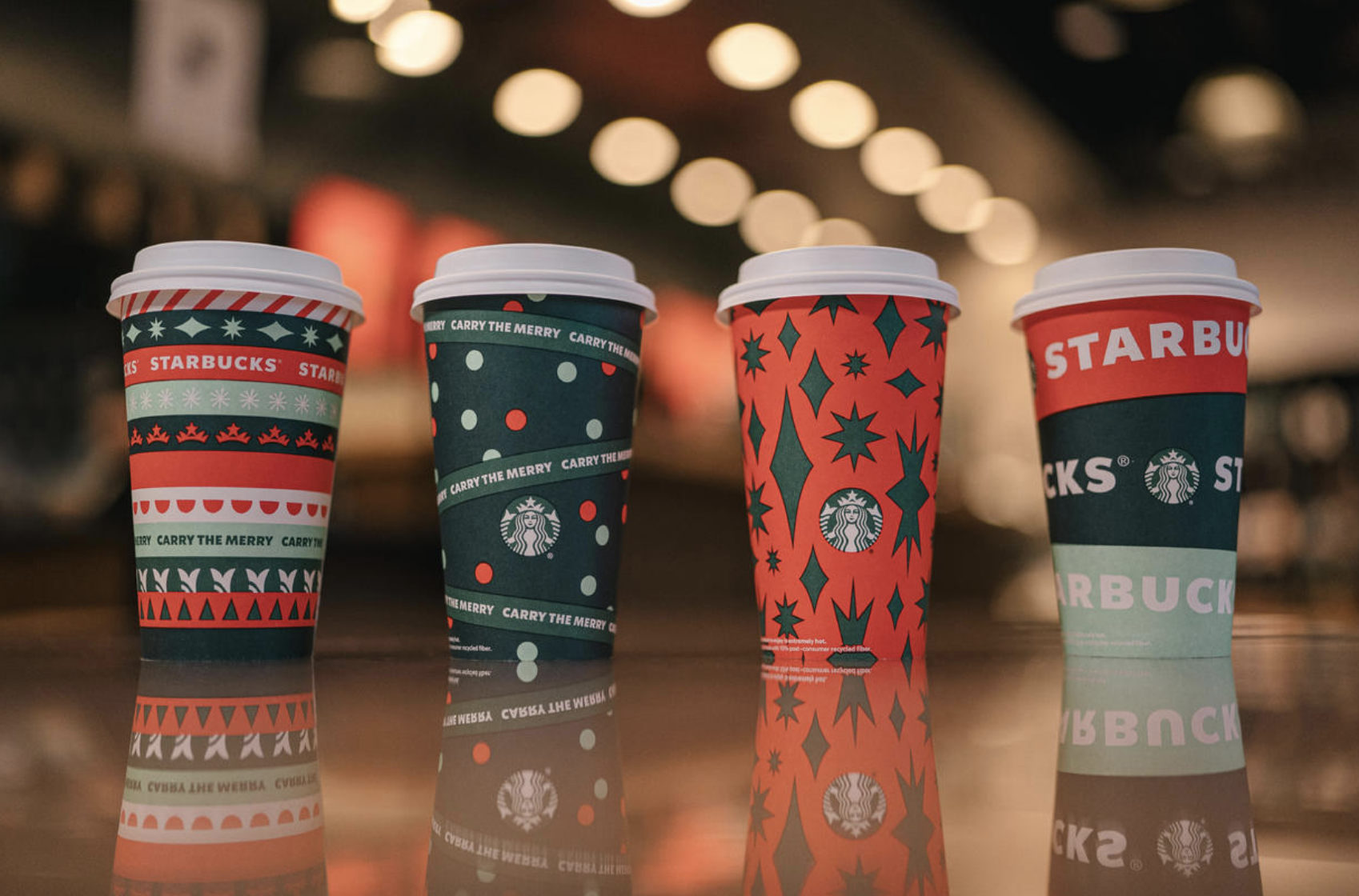 One of the traditions we have grown to love is the re-launching of Starbuck’s holiday drinks. And alongside the drinks themselves, Starbucks has released a new set of Holiday-themed cups!

Starting November 6th, drinks will be served in one of the four new holiday cups.

Starbucks has also added an additional bonus alongside the four newly designed cups. Whenever you purchase a handcrafted holiday drink, you receive a reusable holiday cup! 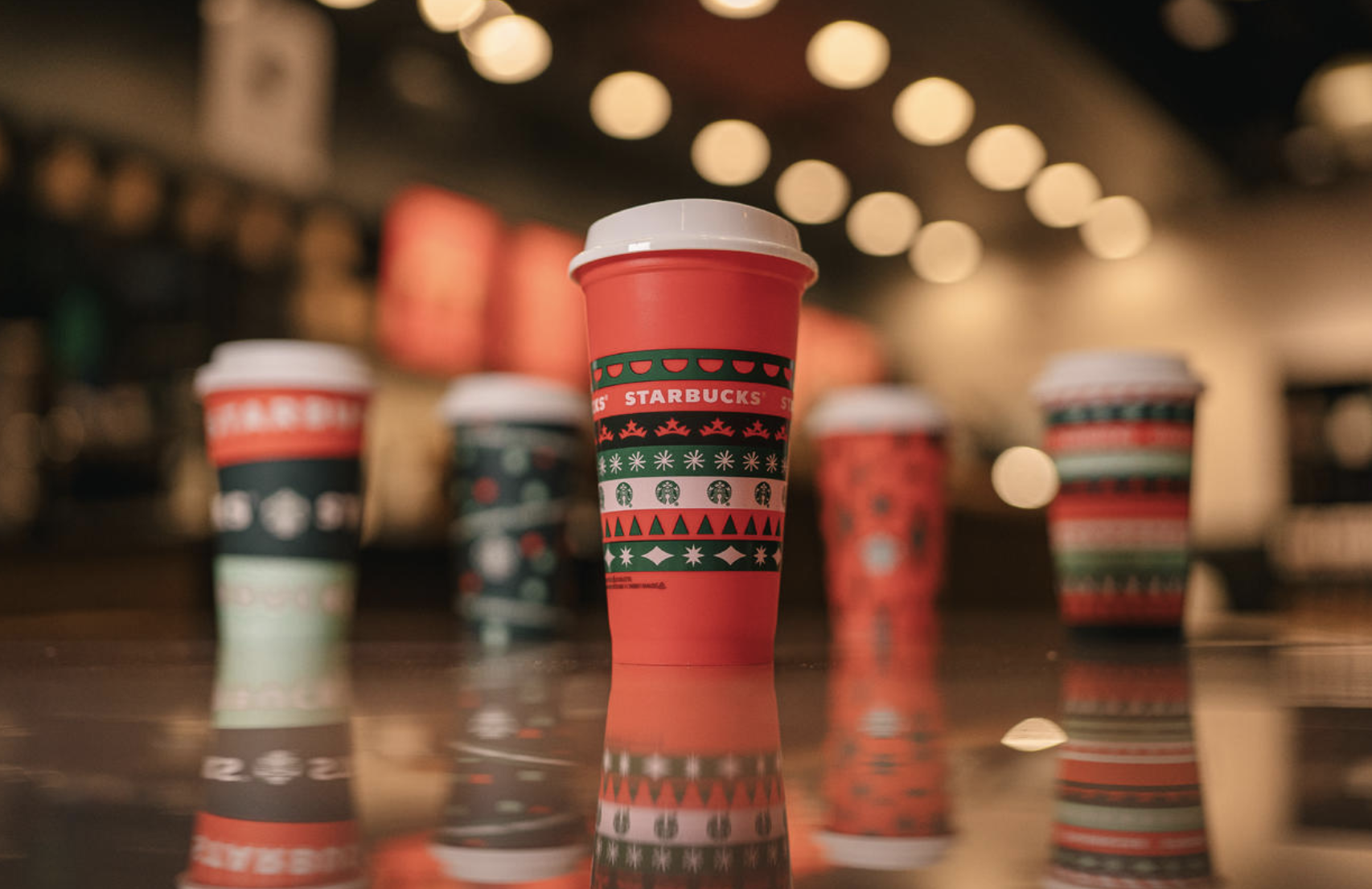 The brightly colored designs were crafted with the idea of spreading seasonal joy in mind.

According to Starbucks in their press release,  “This year’s holiday design brings forward all the joyful elements of the holiday season in ribbons of Starbucks greens and a jolly red like a cozy holiday sweater.” 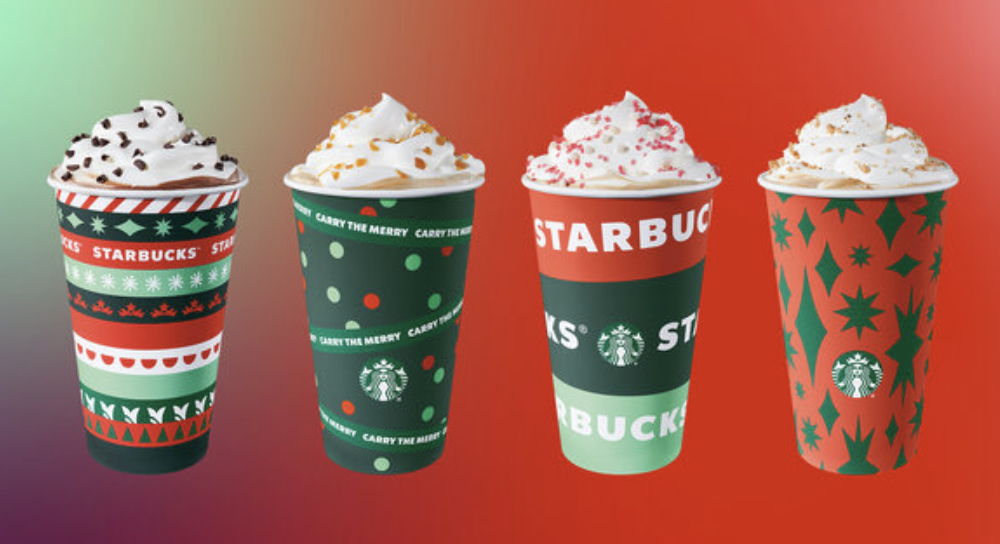 Starbucks has been carrying on this tradition of redesigning their holiday cups for over 20 years.

However, contrary to the mainstream traditions, Starbucks did not use the traditional red and green color pallet the holidays are known for.  In fact, Starbucks ’ first sets of holiday cups were actually purple. (very festive) 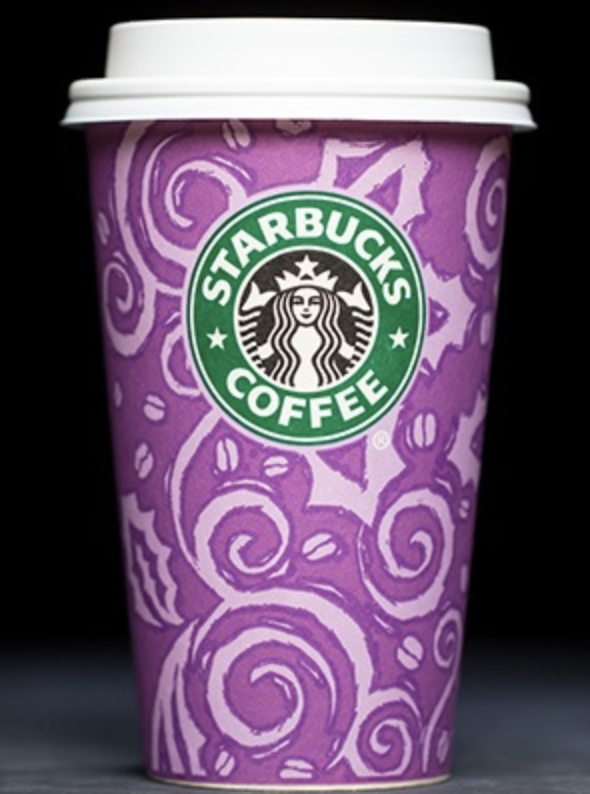 This year, their designs are meant to invoke the look of a silly, tacky, and joyful holiday sweater, similar to ones worn at office holiday parties. In our opinion, This design works well and is a welcomed choice that makes us recall nostalgic moments in the past holiday seasons. 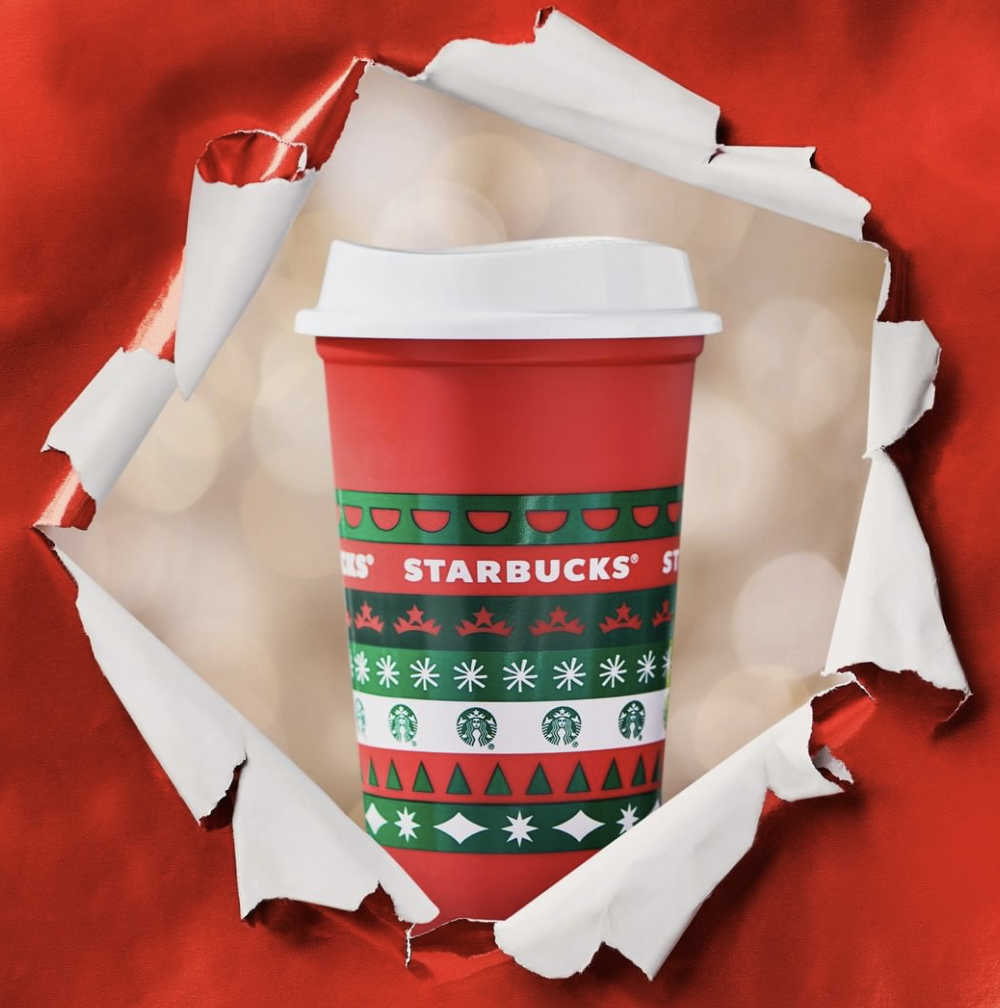 Alongside its new design, Starbucks also has a new motto. Last year’s motto was “merry coffee” which appears to be a clever spin on the commonly used phrase “merry Christmas.”

“Carry the merry” is this year’s new slogan to accompany these new cup designs. We believe the main idea behind these words is to bring joy to those around us in this season (because we all need a little joy in 2020).

Whatever your opinions are on these new designs, we hope you have a happy holiday season this year!

Pringles “Must-ache” You a Question: Do You Like Their New Logo? 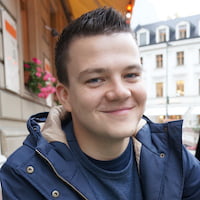 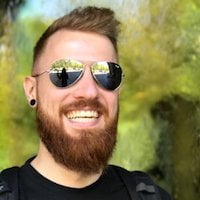 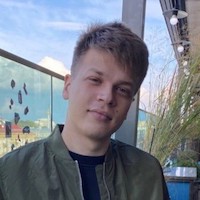