Creating An Outside Focus And Click Handler React Component

Arihant Verma is a Software Engineer based in India. He likes to read open source code and help others understand it. He’s a rich text editors fanatic. His … More about Arihant ↬[1]

In this article, we’ll look at how to create an outside focus and click handler with React. You’ll learn how to recreate an open-source React component (react-foco[2]) from scratch in doing so. To get the most out of this article, you’ll need a basic understanding of JavaScript classes, DOM event delegation and React. By the end of the article, you’ll know how you can use JavaScript class instance properties and event delegation to create a React component that helps you detect a click or focus outside of any React component.

Oftentimes we need to detect when a click has happened outside of an element or when the focus has shifted outside of it. Some of the evident examples for this use case are fly-out menus, dropdowns, tooltips and popovers. Let’s start the process of making this detection functionality.

If you were asked to write code to detect if a click happened inside a DOM node or outside of it, what would you do? Chances are you’d use the Node.contains[3] DOM API. Here’s how MDN explains it:

The Node.contains() method returns a Boolean value indicating whether a node is a descendant of a given node, i.e. the node itself, one of its direct children (childNodes), one of the children’s direct children, and so on.

Let’s quickly test it out. Let’s make an element we want to detect outside click for. I’ve conveniently given it a click-text class.

We did the following things:

Let’s click inside and outside of the element in the Codesandbox below, and check the console.

Wrapping DOM Hierarchy Based Detection Logic In A React Component

Just a basic React component. So far, we are not doing much with it. We’re just returning the children as they are passed to our OutsideClickHandler component. Let’s wrap the children with a div element and attach a React ref to it.

We’ll use this ref to get access to the DOM node object associated with the div element. Using that, we’ll recreate the outside detection logic we made above.

The logic inside handleClickOutside method says the following:

This should work in the same way as the outside click detection had worked before. Let’s try clicking outside of the grey text element in the codesandbox below, and observe the console:

The Problem With DOM Hierarchy Based Outside Click Detection Logic

But there’s one problem. Our React component doesn’t work if any of its children are rendered in a React portal.

But what are React portals?

“Portals provide a first-class way to render children into a DOM node that exists outside the DOM hierarchy of the parent component.”

In the image above, you can see that though Tooltip React component is a child of Container React component, if we inspect the DOM we find that Tooltip DOM node actually resides in a completely separate DOM structure i.e. it’s not inside the Container DOM node.

The problem is that in our outside detection logic so far, we are assuming that the children of OutsideClickHandler will be its direct descendants in the DOM tree. Which is not the case for React portals. If children of our component render in a React portal — which is to say they render in a separate DOM node which is outside the hierarchy of our container div in which our OutsideClickHandler component renders its children — then the Node.contains logic fails.

How would it fail though? If you’d try to click on the children of our OutsideClickHandler component — which renders in a separate DOM node using React portals — our component will register an outside click, which it shouldn’t. See for yourself:

Even though the popover that opens on clicking the button, is a child of OutsideClickHandler component, it fails to detect that it isn’t outside of it, and closes it down when it’s clicked.

So what could be the solution? We surely can’t rely on DOM to tell us if the click is happening outside anywhere. We’ll have to do something with JavaScript by rewriting out OutsideClickHandler implementation.

Let’s start with a blank slate. So at this moment OutsideClickHandler is an empty React class.

For this event delegation will come to our aid. Let’s take an example of the same button and popover example we saw above in the GIF above.

When either of our children are clicked we set a variable clickCaptured to true. If anything outside of them is clicked, the value of clickCaptured will remain false.

We will store clickCaptured’s value in:

We aren’t using React state to store clickCaptured’s value because we aren’t rendering anything based off of this clickCaptured data. The purpose of clickCaptured is ephemeral and ends as soon as we’ve detected if the click has happened inside or outside.

Let’s seee in the image below the logic for setting clickCaptured:

Whenever a click happens anywhere, it bubbles up in React by default. It’ll reach to the document eventually.

In the document’s event listener we will do two things now:

Let’s translate this into code.

We have the following things:

Since we aren’t using JSX, we are directly using React’s createElement[11] API to wrap our children in either this.props.component or a span. this.props.component can be a React component or any of the HTML element’s tag name like ‘div’, ‘section’, etc. We pass all the props that we want to pass to our newly created element by calling getProps class method as the second argument.

Our newly created React element, will have the following props passed down to it: onMouseDown and onTouchStart for touch devices. Both of their values is the innerClick class method.

If our new React component or anything inside of it — which could be a React portal — is clicked, we set the clickCaptured class instance property to true. Now, let’s add the mousedown and touchstart events to the document, so that we can capture the event that is bubbling up from below.

In the document mousedown and touchstart event handlers, we are checking if clickCaptured is falsy.

If clickCaptured is falsy, we’ll call the onClickOutside method passed down in a prop to our OutsideClickHandler component.

That’s it! Let’s confirm that if we click inside the popover it doesn’t get closed now, as it was before:

Let’s try it out:

Now let’s take a step further. Let’s also add functionality to detect when focus has shifted outside of a React component. It’s going to be very similar implementation as we’ve done with click detection. Let’s write the code.

Everything’s added mostly in the same fashion, except for one thing. You might have noticed that though we are adding an onFocus react event handler on our children, we are setting a focusin event listener to our document. Why not a focus event you say? Because, 🥁🥁🥁, Starting from v17, React now maps onFocus React event to focusin native event internally.[13][14][15][16][17]

In case you are using v16 or before, instead of adding a focusin event handler to the document, you’ll have to add a focus event in capture phase instead. So that’ll be:

Why in capture phase you might ask? Because as weird as it is, focus event doesn’t bubble up[18].

Since I’m using v17 in all my examples, I’m going to go ahead use the former. Let’s see what we have here:

Let’s try it out ourselves, try clicking inside and outside of the pink background. Also use tab and shift + tab keys ( in chrome, firefox, edge ) or Opt/Alt + Tab and Opt/Alt + Shift + Tab ( in Safari ) to toggle focussing between inner and outer button and see how focus status changes. 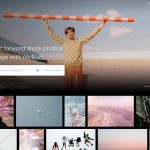 Seven Mistakes To Avoid In Your Technical Interviews 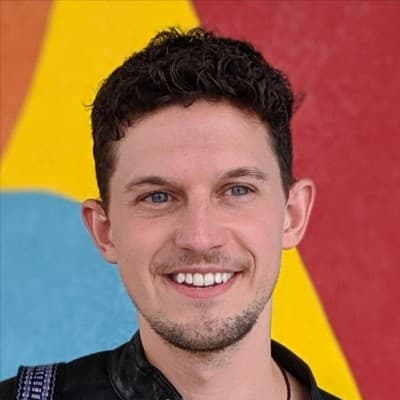 How To Get Web Design Clients Fast (Part 2)

From Cats With Love: New Navigation, Guides And Workshops