UPDATED – WRONG: Google: Nofollow Hint Ranking Change Has Not Been Worked On Yet

UPDATE: I spoke with people at Google and this is not the case. Ranking has gone live and they are not sure exactly what Gary was talking about. Here is also a post from Danny:

“All the link attributes, sponsored, ugc and nofollow, now work today as hints for us to incorporate for ranking purposes. For crawling and indexing purposes, nofollow will become a hint as of March 1, 2020.” https://t.co/rMmSrUHaSQ pic.twitter.com/hHZdwSGqLc[1][2]

Maybe Gary was misquoted, maybe I misunderstood the quotes – whatever. This story is wrong.

Gary Illyes from Google said at PubCon yesterday that yes, Google may start to decide to use nofollow links for ranking/crawling/indexing[4] but the work on that from the engineering team has not yet begun. Google originally said they would make this change after March 1, 2020 but I guess it might be delayed a bit?

Just to clarify, prior to September 2019, Google would not crawl or index or use for ranking purposes and link with a nofollow on it (they would index the page linked to if there are other ways for Google to get to the page. After September 2019, Google would still not use it for crawling or indexing, but may use it for a hint. After March 1st, Google would also potentially be able to use nofollow links not just for ranking purposes but also for crawling and indexing, if it wanted to.

Gary from Google supposedly said this (not sure if he is talking about crawling and indexing, ranking or both or something else) has not yet happened yet but they do want to start working on it in the future. Here are the tweets related to what Gary said.

Google will use nofollow links if they want to. This hasn’t happened yet but they want to start a project in the future. #pubcon[5]

@methode Google will use some signals from nofollow links with the new attributes. Those attributes are not mandatory but help search engines train their ML algos. Long term goal is nofollow does exist, and algos *know* which links shouldn’t pass value #pubcon[7][8]

I the future, we won’t force you to use nofollow at all, but we need to train the algorithm first@methode #pubcon[10][11]

So I am not sure if Google has yet to use nofollow links as all for ranking purposes yet or not. They can if they want to and in less than a month they can use it for crawling and indexing. But will they, are they? Seems like Gary said not yet.

He also said there is no current project at Google that he knows of. But it’s definitely something they are looking into.

Update 2: Looking back, it seems like Gary said this change did go live when the announcement was posted back in September, so maybe he only meant crawling and indexing isn’t live yet?

Since the announcement pretty much.

I do not know. 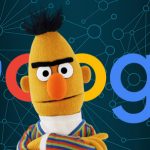 Did Google Says It Will Offer Curriculum For Optimizing For BERT? 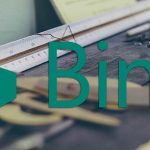