Here is a screen shot of the Twitter carousel showing back in Google search:

Google’s statement. A Google spokesperson told us after the carousel was removed, “we can confirm we have temporarily removed the Twitter carousel from Search following Twitter’s security issues. Before restoring the feature we will carry out a careful review.”

It appears Google did its “careful review” and has restored the carousel in Google’s search results.

Loss in traffic for Twitter? Maybe not. SimilarWeb shared this data with Search Engine Land that showed that Twitter did not see a decline in traffic from Google over the past few days:

Why we care. This is a pretty big deal for Google to remove a feature in its search results because of a hack. It is rare for Google to ever make these moves, but it was the right move. It is hard to say how this may have impacted your site’s traffic or brand reputation. But it is important to know that you can now leverage this Twitter carousel in Google again.

Barry Schwartz a Contributing Editor to Search Engine Land and a member of the programming team for SMX events. He owns RustyBrick[2], a NY based web consulting firm. He also runs Search Engine Roundtable[3], a popular search blog on very advanced SEM topics. Barry’s personal blog is named Cartoon Barry[4] and he can be followed on Twitter here. 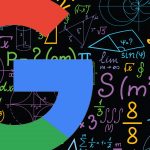 The most memorable Google algorithm updates of all time 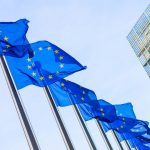