Just had a couple of good performance links burning a hole in my pocket, so blogging them like a good little blogger.

Puppeteer[2] is an Node library for spinning up a copy of Chrome “headlessly” (i.e. no UI) and controlling it. People use it for stuff like taking a screenshot of a website or running integration tests. You can even run it in a Lambda[3].

Another use case is running synthetic (i.e. not based on real-users) performance tests, like some of these new Web Core Vitals[4]

BrowserStack released a thing to measure your site and give you a performance score.

You get the tests back super quick which is cool. I can see how tools like this are good for starting conversations with teams about improving performance.

But… that number seems a little weird. They don’t exactly document how it’s calculated, but it seems to be based on stuff like Time to First Byte (TTFB) and the page load event, which aren’t particularly useful performance metrics.

It’s not bad that this tool exists or anything, but I don’t think it’s for practitioners doing performance work.

Karolina Szczur[9] from Calibre[10] documents some common team struggles like, for example, having a team be able to identify real issues from variability noise.

Many people from different backgrounds can view performance dashboards. Not knowing what constitutes a meaningful change that needs investigation can result in false positives, lack of trust in monitoring and cycles spent looking for reasons for performance regressions or upgrades that aren’t there.

50ms. That’s how long until any particular JavaScript task starts affecting user experience. Might as well track and (ideally) fix them.

When the browser’s main thread hits max CPU for more than 50ms, a user starts to notice that their clicks are delayed and that scrolling the page has become janky[12] and unresponsive. Batteries drain faster. People rage click or go elsewhere. 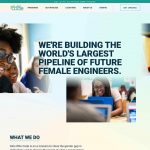