Microsoft Advertising Editor Has Been Redesigned

Microsoft announced[1] that it has redesigned the Microsoft Advertising Editor, formerly known as Bing Ads Editor. This is available for both Windows and Mac. 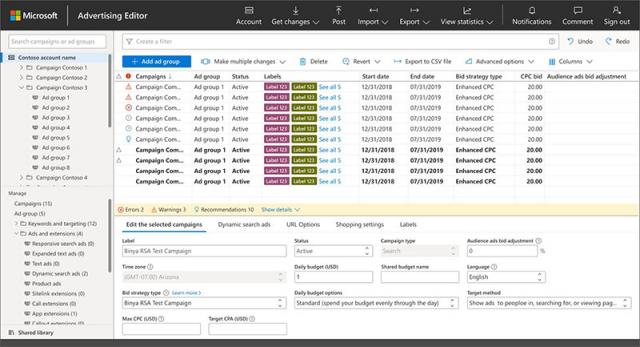 Bing also added five new recommendation features in the editor including fix campaigns that are limited by budget, set estimated mainline bids, add new keywords, fix ad groups that don’t have any ads and fix ad groups that don’t have any keywords. The company also added more advanced searching and filtering within the editor and a beta form[2] to try not searching features out as well. Microsoft even added the ability to undo or redo your last action in Microsoft Advertising Editor, a simple thing but something it didn’t have until now. You can also do targeting based on zip codes and there is new support for new Ad products and extensions. Microsoft also added security and performance upgrades.

How to get more leads on Instagram: 10 Highly effective tactics

Who Would Win An SEO Contest: John Mueller, Gary Illyes Or Martin Splitt