Most of you know by now that Google generally treats affiliate links as nofollowed links. That means that most affiliate links do not pass any link signals. This isn’t news really, I mean, Google has been doing this since the super early days of its link spam prevention methods.

That is not to say that affiliate links are spam but Google does not want affiliate links to count as a vote of confidence in their PageRank model. In fact, Google earlier this year, in 2020, said to use the rel=sponsored on affiliate links[1]. In my recent vlog with Kevin Lee[2], 8 minutes in[3], we discussed how the old affiliate networks were targeted by Google to not pass PageRank and link signals.

Marie Haynes transcribed a video hangout with John Mueller from a month or so ago on this topic as well:

More on this (re affiliate sites). pic.twitter.com/zb1kFP7Vqx[4]

Google said numerous times it ignores affiliate links, even from Amazon[6]. That affiliate links should be nofollowed[7] and that they would ignore them[8].

Glenn Gabe spotted it earlier and summed it up:

Run an affiliate site? Via @johnmu For common affiliate setups, Google already treats the links as nofollow, but you should use rel nofollow or sponsored on aff links so you don’t have to rely on Google figuring it out. And don’t forget about webspam team: https://t.co/HxDNwKZ7La pic.twitter.com/8Yzwe5UgiL[9][10][11]

So I don’t think affiliate links would hurt you in 2020 but I doubt they would help you in terms of ranking in Google. 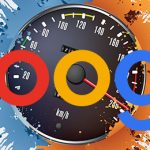 Google: Speed Is Complex To Measure But Focus On Core Web Vitals