Today on Google.com is a special Google Doodle for Felicitas Mendez on the first day of Hispanic Heritage Month. Felicitas Gómez Martínez de Mendez was a Puerto Rican activist in the American civil rights movement. In 1946, Mendez and her husband led an educational civil rights battle that changed California and set an important legal precedent for ending de jure segregation in the United States.

Here actual birthdate is not known, she was born in the year of 1916 in Juncos, Puerto Rico. She passed at the age of 81 or 82 on April 12, 1998 in Fullerton, California. Her landmark desegregation case, known as Mendez v. Westminster, paved the way for meaningful integration and public school reform.

Here is the behind the Doodle video:

On the first day of Hispanic Heritage Month 2020 in the U.S., today’s Doodle celebrates Puerto Rican civil rights pioneer and business owner Felicitas Mendez. Alongside her husband Gonzalo, Felicitas helped to spearhead and win the monumental lawsuit Mendez v. Westminster, which in 1946 resulted in the first US federal court ruling against public school segregation—almost a decade before Brown v. Board of Education.

Felicitas Mendez was born Felicita Gómez Martínez on February 5, 1916 in the town of Juncos, Puerto Rico. She moved with her parents to the American Southwest as a preteen, and the family eventually joined the Latino community of agricultural workers in California’s Orange County. In 1935, she married Gonzalo Mendez, a Mexican immigrant who worked with her father in the fields. Together, the couple opened a neighborhood cafe and later managed a successful farm in the small town of Westminster.

In 1944, the Mendez’s three children were refused enrollment at a local public school based on their ethnicity and skin color. Unwilling to accept this injustice, the couple decided to fight back. With the lawsuit Mendez v. Westminster, Gonzalo Mendez and four other parents sued the Westminster school district and several others to demand an end to the segregation of Hispanic students. Felicitas Mendez organized committees to support the case and skillfully managed the Mendez’s farm on her own, bringing in record profits that helped to subsidize the lawsuit.

On February 18, 1946, the federal district court concluded that the school districts were in violation of Mexican-American citizens’ right to equal protection under the law and ruled in favor of the Mendez family and the other parents. Affirmed by the Ninth Circuit Court of Appeals the following year, this landmark decision directly paved the way for a law that called for the integration of all California public schools that same year, as well as the Brown v. Board of Education Supreme Court decision that ruled the segregation of public schools unconstitutional seven years later.

In 2011, Mendez’s daughter Sylvia was awarded the Presidential Medal of Freedom—the United States’ highest civilian honor—in recognition of her and her parents’ role in the Westminster v. Mendez case and her lifelong dedication to civil rights and education that followed.

Thank you, Felicitas Mendez and family, for helping to lead the way toward a more just future.

You should also check out her Wikipedia entry[2]. 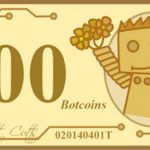 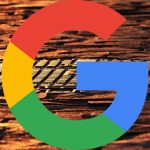 Synergized search is key to success in the new normal