Here we are at the beginning of May. Many businesses still can’t restock inventory, but the initial jolts to supply chains and fulfillment systems[1] have somewhat subsided. The mortality rate attributed to COVID-19 declined[2] in the U.S. last week, “but remains significantly elevated.” In late March, roughly half[3] of small businesses said they could survive just two months, and the gradual reopenings[4] by states are now “a source of uncertainty rather than confidence,” for many of them. Overall, business confidence in the U.S. plummeted[5] 17 points in April.

The jobless rates are staggering, but U.S. consumer sentiment ticked up slightly[6] for the second week in a row at the end of April. Yet, those consumers are nearly evenly split on how they envision economic recovery. There are the 47% who see the U.S. economy rebounding as restrictions are lifted. While among the 49% of consumers who don’t expect a quick economic recovery, sentiment is near the lowest recorded in the last 18 years.

Mix in consumer stimulus checks and the Paycheck Protection Program, and it’s even harder to find the signal through the noise. As with so much of this crisis, the business impact of COVID-19 is situational. It has gravely impacted some while other businesses have never experienced current levels of demand. That said, from an advertising standpoint, there appears to have been a sentiment shift over the past week — or even few days — with many advertisers starting to spend again.

Leading indicators. For example, with the travel industry among the hardest hit, it’s notable that several online travel agencies (OTAs) have resumed paid search advertising, as Conrad O’Connell of BuildUpBookings, a digital marketing agency focused on travel and accommodations, noticed this week[7].

“For long term planning, cruises, vacations, conference centers, etc, we’re seeing some of them come back,” Brad Geddes of ad testing platform AdAlysis said by email yesterday. He noted the OTAs and larger companies seem to have made more of a return than the boutique businesses. For short term travel such as flights and hotels, Geddes said it appears several have resumed advertising, “but we don’t have enough data to understand how they are bidding yet and if these are limited campaigns/budgets or some companies trying to advertise through the virus in preparation for a return to normality later this year.”

What’s motivating these businesses to turn the marketing spigot back on is unclear. There is little indication of shifts in search behaviors trending in their favor, though searches for “vacation[8]” began trending up slightly in the last week, according to Google Trends. But ,they may be seeing more granular improvements and signs of interest. (Booking Holdings and Expedia Group will each report their first-quarter 2020 financial results on May 7.)

WordStream, a PPC campaign platform used predominantly by SMBs, reported Monday[9] that search campaign conversion performance improved across verticals on both Google and Bing in April from March. “Specifically, starting the second week of April, paid search conversions rebounded to about 89% of their pre-COVID levels.”

And, as we reported last week, the quarterly financial reports from Google[10], Facebook[11], Snap and Amazon[12] all indicated the worst might be behind us[13].

Curious if others are seeing indicators of optimism, I put a Twitter poll up yesterday asking whether businesses were starting to resume their PPC campaigns. The poll was open for just a few hours, but among the 72 votes, 50% said they or their clients are starting to increase spend and another 25% said they would likely do so soon. One-quarter said they were not planning to spend yet.

I spoke with and heard from many marketers about what they’re seeing yesterday. Several poll respondents said they have clients in each of the three buckets. “Very account-specfiic right now,” said[14] Kirk Williams, owner of digital advertising agency ZATO, who added they are “doing our best to manage client expectations in that regard.” Yet, there is a relative sense of optimism. Here’s what I heard.

Regroup and transform. Many businesses that decided to pause or pull back on advertising, did so not out of panic, but to regroup and make a plan, said Jason Hartley EVP, head of search and shopping at 360i, by phone yesterday. “Because we know that sales are going to come online — obviously not 100%, but you know that’s going to happen.”

We talked about the quick shifts to digital transformation. “What it has done is made us see what was possible all along,” said Hartley.

A sense of the new (undefined) normal. “The panic and sense of everything doom is gone. It’s now time to go back to the original/new goals and improve performance,” said[15] Andrea Cruz.

Ron Adams, owner of digital marketing agency Engage Media, seems to have captured[16] the post-system shock of many: “Yes, we are starting to bring spend back. Most clients are beginning to accept where [we] are now as a new normal (even after govt restrictions are lifted).”

Others are starting to say things like, “let’s imagine a world where this is more the norm for the next several months, if not a year. And what can we do to maximize our position in that situation. Those are the [companies] that are going to be best prepared. … It’s hard to predict the future, but given that, I think the smart thing to do is to have a few different plans for different scenarios.”

Proactive rather than reactive. A client of digital marketing agency Page Zero Media experienced fulfillment challenges and paused ads for seven weeks. The agency’s president, Andrew Goodman, told me the company is now starting to resume roughly 50% of their advertising, knowing that its typical slow season starts in June. “The thinking likely was: can we afford to coast until late July? Instead, let’s push to capacity through May, because it will be slow for 6-7 weeks after that, and we have to be proactive now rather than purely reactive,” said Goodman.

Like Black Friday. “Every day since like the 15th [of April] has been like an unplanned Black Friday for my eComm clients,” said[17] digital advertising consultant Josh Yates. “We have no idea how long it’s going to last.” For now, most of Yates’ clients have opened up their budgets are managing to ROAS targets.

Many companies that continue to struggle to meet skyrocketing demand continue to harness ad spend. “The most common problem is that they can only pack and ship so much,” Martin Roettgerding, head of SEM at Bloofusion Germany, said[18] of his clients. “Some have strong enough brands and other channels so that they’re at capacity without PPC ads.” Roettgerding said companies are now seeing their investments in SEO and branding paying off.

Long-term behavior impact. Goodman expects “pure play online retailers will be permanently in a renewed mode of secular growth … a higher revenue plane, so to speak,” pointing to an e-commerce grill parts business and an online services company as examples of clients that are “expecting a permanent upward shift in demand.”

While many say they are seeing CPMs rising on Facebook, Goodman expects the paid search ad auction to continue to be discounted for some time to come. “I would say for the next year, ad spend won’t keep up with advertiser revenue. There will be more ‘free’ traffic. ROI will, therefore, be higher,” he said.

Agencies, CMOs are hopeful. In terms of his own business, Goodman said, “Agencies will see recovery but not rapid growth. We may be one of the lucky ones. Quite diversified and some big clients spending more than ever.”

It seems many other agency heads feel the same way.

“Agency leaders are surprisingly optimistic right now,” said agency consultant Karl Sakas at Sakas & Company. “Some have finally received their Paycheck Protection Program (PPP) loans, while others are seeing a strengthening sales pipeline. Many of their clients have cut back, but a few agencies are landing upsells, too.”

Sakas noted that his April 2020 global industry survey with SharpSpring found many agency leaders expected 2020 to be a record year until COVID-19 hit. Yet, in April, “among the 484 respondents, 57% of agency leaders reported feeling optimistic about business in 2020, while only 22% were pessimistic.”

“Agencies aren’t in recovery yet, as both small and large firms consider or implement layoffs and salary reductions. But I’m seeing optimism from chief marketing officers, too, as CMOs make plans to prepare for a strong recovery,” said Sakas. “Everyone might be practicing wishful thinking, but perception becomes reality.”

More about marketing in the time of the coronavirus 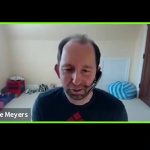 Is it an algorithm update or is Google adapting to new search intent? [Video]