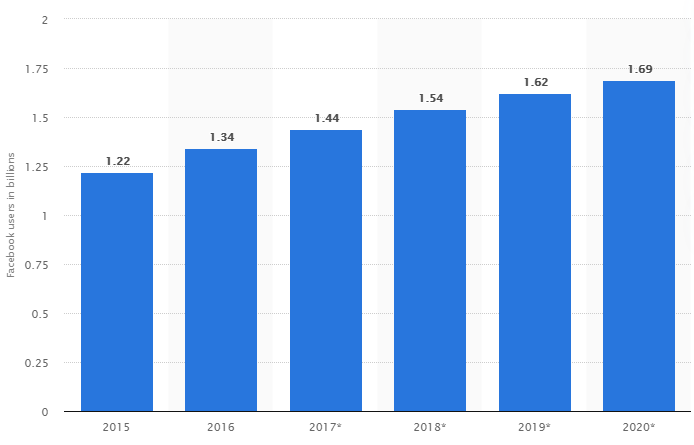 In fact, it’s the number one social media site in the world.

Facebook is where you go to stalk your ex, chat with your BFFL, and post your post-vacation selfies.

If you’re a marketer, it’s the platform where you can find 2.6 billion potential customers. But you already know that.

Read on to learn facts to impress your friends and encourage you to start marketing on Facebook[1] today.

When Zuckerberg was in Harvard, he had the idea of creating a site that allowed users to compare people’s faces.

With the platform, users could pick “who’s hotter.”

Zuckerberg’s project was shut down and he was threatened with expulsion.

He called the directory “Thefacebook.” People who used it could:

Although “Thefacebook” started out as an exclusive directory for Harvard students, it soon grew to include anyone above 13.

As soon as Facebook was created, Zuckerberg found himself surrounded by legal troubles.

The fight went on for four long years.

In the end, Zuckerberg paid Divya Narendra and the Winklevoss brothers $65 million[2].

He also granted them Facebook shares as part of the settlement.

4. Facebook Is the Third Most Popular[3] Site in the World

A Pew Research Center survey found that 75%[5] of women use Facebook, compared with only 63% of men.

This means 350 million[7] photos are uploaded to Facebook every single day!

On the other hand, seniors are part of the fastest-growing group[9] on Facebook.

Three out of four[10] American Facebook users live in the city.

But this doesn’t mean Facebook isn’t popular in rural areas.

In fact, 66% of American adults in rural areas use Facebook.

10. The U.S. Accounts for the Lowest Facebook Audience[11] in the World

The majority of Facebook users live outside the U.S. and Canada. Indonesia, India, and the Philippines are the countries seeing the biggest growth in Facebook user accounts.

India has the highest number of Facebook users – 260 million[13].

More than half of Facebook accounts are set in a non-English language.

What makes it convenient for non-English speakers is that Facebook has over 100 languages to choose from.

In April 2020, over 98%[15] of active user accounts worldwide accessed the social network via any kind of mobile phone.

The largest percentage can be found in Africa, where 98%[16] of Facebook users are on mobile.

If you’re a businessperson or a marketer looking to advertise on Facebook, it’s best to stick to morning and evening posts.

Here are the top reasons why people create Facebook accounts. 51% reported they visit the site more than once a day, according to Pew Research.

That means plenty of opportunities exist for you to reach your audience if they’re active users.

18. The Average Daily Time People Spend on Facebook Is 58 Minutes[21]

58 minutes is a long time, but it doesn’t mean users spend five minutes analyzing each post on their feeds.

In fact, the average user will only spend 1.7 seconds[22] on a single piece of content.

As a marketer, this means you only have that long to catch someone’s attention.

39%[24] of users actively follow brands offering giveaways, contests, and offers on their pages.

Providing an irresistible offer – and serving up high-quality content – is a great way to grow (and keep) your audience.

21. Facebook Allows You to See the People Who Have Deleted or Ignored Your Friend Requests

Above the People You May Know section, click on View Sent Requests.

You’ll see a list of people who have either ignored or deleted your friend request.

Want to go back to something that caught your attention as you were scrolling through your news feed?

You can find the link again when you visit the Saved items on your Favorites bar.

All you have to do is go to Settings, then Your Facebook Information, then Download Your Information.

You’ll get a copy of every post you shared, every chat conversation, and literally everything you’ve ever done on Facebook!

24. You Can Stop Getting Notifications for Friends’ Birthdays

Scroll down until you find the on/off button for friends’ birthday notifications.

25. You Can Find Out How Much Time You Spend on Facebook

How to Use Your Knowledge to Become a Better Facebook Marketer

If you’re a marketer, it means gaining a sneak peek into what’ll work and what won’t in reaching out to your audience.

Which gender to tailor your message to. Which age group. Which nationality.

When you become a Facebook expert, it’ll be a breeze to market on the platform.

All screenshots taken by author, April 2020

Tips and tools to combine content marketing and PPC 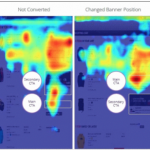 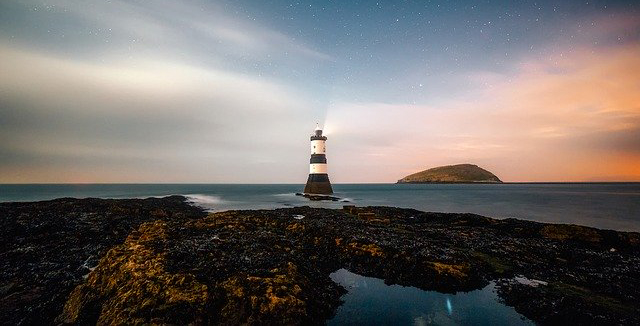